I have not wrote a post for a quite long time. I guess you thought there's nothing new here in Gritty Hunter family ...? But the opposite is actually true. When my babies were  born on February 3, 2016, I was amazed by these 11 little ginger miracles. But I did not even thought about getting 10 great families to become part of my life.

One of them is a cool  crew around the green boy Akim from Česká Lípa. When I met Majda  (Magdalena Hloušková) and Milan (Milan Hloušek), I immediately thought that they were great guys from the north of Bohemia. But I did not know how well would our people connect and how amazing home they would create for my Akim. With Akim, there are two more hunting guys living in the house - Nicolas (Auvergens  hunting dog ) and Argos (German Short-haired Pointer). Milan and Majda are not only dog ​​lovers who give their dogs all their love and attention but they are also actively engaged in the hunting cynology. That's why I'm so glad that Akim has inherited the hunting genes not only after me, but also after daddy Timbo. So that I can announce that under the leadership of Milan he successfully passed all the tests and could be called a stud dog!

Akim is not only a great working dog, but also a great looking vizsla. He spends most of his time in the working in the field rather than in exhibition circle. He has devoted himself to the work as a hunting dog and rarely shows up somewhere. But if he does, he always rocks it! For example, at the exhibition in November 2017 (Prague), he was awarded by the CAC title from Hungarian judge Mr. Kardos Vilmos. I know very well that there is a big career waiting for him, not only the hunting one but also the champions one. It only depends on him and whether he will find some time in his busy working calendar.

Oh and what is his nature? Divine! After me and dad he has inherited a great character, he is kind and nice and has got a nickname "happy dog" because he is smiling all the time!

Official link to his card in the Vizsla club in Czechia: http://www.ohar.cz/soubory/chovni_jedinci/mok_akim_gritty_hunter_01.htm?fbclid=IwAR3vhAIxy6snnYCIvcFImOXyKPMrOGgZ8gTPzrZHAagWZCTlXdUzcJgMHi8

Akim really makes a great honour to our Gritty Hunter family. You can have a look at more amazing pictures in Milan's photo gallery (Milan Hloušek).

I am so very proud of you, thank you! 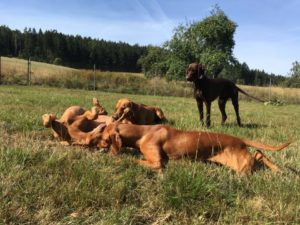 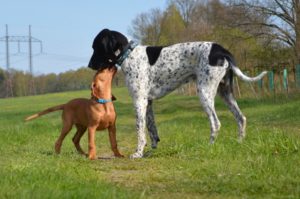 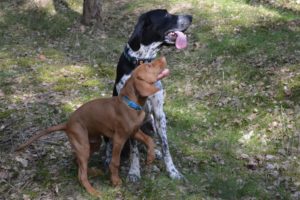 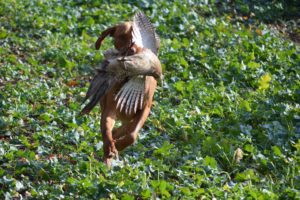 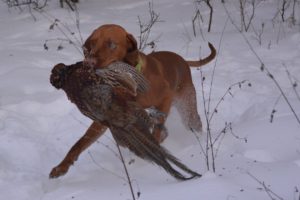 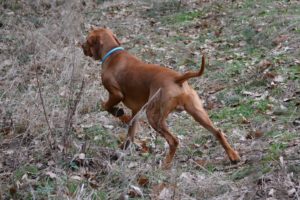 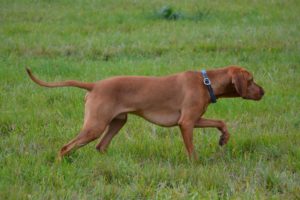 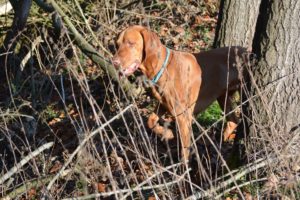 View all posts by: aika